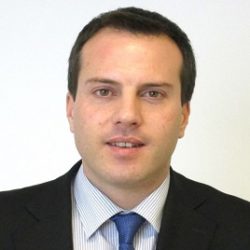 Mr Dirk Saseta is member of the Executive Board of Leitat, acting as General Manager of Promotion and Management and being responsible of both, international-and-national operations related to public fund rising, private sales and project management activities at Leitat. Mr Saseta represents Leitat at the institutional level, being active in the RTO associations WAITRO, EARTO and FEDIT. He has a 14 year experience track record working in public and private RTOs, both in Europe and the USA where he worked from 2006 until 2008 as project manager at the Meadowlands Environmental Research Institute from the New Jersey State Government. Since 2009 he joined Leitat as Project Manager in the environmental technologies and renewal energies areas and in 2013 he was named Director for international affairs. At the academic level, in 2006 Mr Dirk Saseta earned a Bachelor’s Degree in Environmental Science at Fairleigh Dickinson University (New Jersey, USA). In 2008 he attended continuing education program in Project Management at the University of New York (NYU). In 2011 he earned a M.Sc. in Environmental Audits and Management Systems, specialized in Renewable Energies at Universitat Politècnica de Catalunya in Barcelona, Spain and since 2013 he holds a Master in Business Administration (MBA) from ESADE Business School in Barcelona. In parallel he completed many courses in ISO quality and environmental audits and in project management. He has been professor, lecturer and speaker in many courses and programs in Project management and EU proposal writing.